Exercise 34. All verbs in parentheses are irregular, have a closed time frame, and remain {ON} a ground for the PAST. Let us first only think about the verb forms, without looking them up (as in ■→APPENDIX 2 or ■→APPENDIX 3).

1. The kitten (sink) all the milk by the mill down the hill.
2. The hedgehog (hide) the apples from the bird in a good jar with a lid.
3. The rabbit (strew) the cashews for the jabiru and (go on) making his debut callaloo.
4. The gades (lay) a fair-trade plan for a decade.
5. The corn-fed chick (flee) the shed for some strick.
6. The adept turtle (keep) his hep by the skep except when the bees (sweep).
7. The little bat always (cut) the coconut a bit imprecise, cooking the rice to suffice all sojourning mice.
8. The mountain cat usually (sit) on his mat to chat with the standpat spat on habits and repast.
9. The southern wind (heave) the sea and (sheave) the tides to incline a span unsized in eyes.
10. The butterfly (weave) in a cove; the dove taut (think) about a courtly lot.

Exercise 35. Let us try our time frames and logical cues with mapping values. The pieces of thought are longer, more proportionate to everyday language. We mind which verbs are regular, and which are not.

We can be very serious about grammar and keep a sense of humor: when we humans learn, we happen to be very formal, and this may burden our learning and language styles. Good American English does not have to be gravely serious: we may compare Simon and Garfunkel (Call Me Al?) — or movies, as ■→FAMILY TIES, ■→FRIENDS, or ■→NORTHERN EXPOSURE.

■→WE CAN FIND THE LYRICS ONLINE
We may also visit the official website:
■→THE OFFICIAL SIMON & GARFUNKEL

Example: Right after he (1) had fought his attachment for the game of Monopoly, he (2) fell for spinnakers completely. A matter-of-fact Vermontian, he (3) went to cruise the Antarctic with a chute.

1. He (4) sold his vintage Chevy and nearly (5) bought a Jeep, when he (6) thought that his vehicle (7) approximated an expression of his ego. A Jeep almost (8) portended a personality change.

2. A newspaper article on alpha and beta males seriously (9) disappointed him. He (10) was neither, and Greeks (11) had so many more letters.

3. He (12) has looked for a role model, but nobody (13) has met his expectations on both personality and body build, and he (14) gave up on considering body and mind for separate, already at the Monopoly stage in life.

4. He (15) has pursued some philosophy, yet he (16) thinks stoicism (17) will not do for a resolve between matter and existence.

Could this be about Jim? 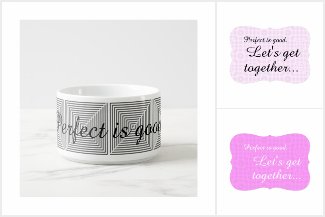 Elegantly Simple
by Perfect Is Good

Exercise 36. We are staying with the Simple pattern {ON} a PAST grammatical extent. We mind to practice the Negative, too.

Example: Consciously pragmatic, Jill (decide) that tidying on her own (be) N too traditionalist. At least she (remember) where her things usually (be) before she (put) them somewhere completely else.

Answer: decided, was not (N, the Negative), remembered, were, put

1. She never (get) totally honest with anyone, on favorite comedy episodes. It (feel) private, with other people as well.

2. An article on family roles in kite flying (incline) her towards psychoanalysis for a while. She yet soon (conclude) that she (need) N another grammatical person to be herself. Being herself anyway (happen) to her all the time, and she simply (like) to hold the strings. The East Coast had the weather.

3. Disputes on Dickinson and Sandburg (bring) her to the belief it (be) never possible to think about one poet strictly, although it (make) no sense sometimes to try talking about two at the same time.

4. After some study of a number of ideas on the cosmos, she (picture) the humanity as an odd kind of fish in a series of still larger fish tanks. Early in the series, there (be) N any point to try bringing another fish tank to imagination. It (require) adding more fish tanks.

5. She (tolerate) pop music well and (watch) American football with friends, but she always (choose) her fountain pens on her own and (keep) them just for herself.

Could this be about Jill?

Feel welcome to some more exercise, on the open or closed time frame and the PRESENT, PAST, or FUTURE: ■→6.5. THE TARGET TIME AND FRAME

■→Feel welcome to use the materials in my account←■
The posters are available to shop online as well.