Verbs tell activities, faculties, or states, for example to think, to work, or to be. They may do this in four Aspects, the Simple, the Progressive, the Perfect, and the Perfect Progressive.

The infinitive can help syntactic expansion: it allows staying in the same compass for grammatical time. In a phrase as “I would like to learn language”, both the favor and its object, learning language, belong with the grammatical PRESENT.

Dictionaries show base forms of verbs. Plain “be” is the base form of the verb “to be”. We also can know the form as the bare infinitive. Almost everyone knows the famous “To be or not to be”, in William Shakespeare’s Hamlet.

The name “preterit” comes from the Latin praeterire, “to go by, pass”.
“He moved home” (preterit or 2nd form);
The third form may make the Perfect Aspect:
“He has moved home” (the Perfect or stative participle).

It can also work in the Passive:
“He is moved to a new home”.

Our grammar journey can stay by names as the dynamic, or Progressive participle, and the stative or Perfect participle.

We form the dynamic participle by adding ING to the base form of the verb. We do not say the final [g] in the ING. We say [Iŋ], bringing the tongue close to the back wall of the mouth, but without sounding the written “g”.

If our verb ends in ―o, the ending will take a feature to resemble [w] as in [wood]:
He is going home. [gowIŋ]

Driving home, he was singing ≈ He was driving home and singing.
(“Driving home” is an adverbial phrase.)

We keep the final –e when it is not silent, e.g. agree ― agreeING.

We double the final non-vowel when there is only one vowel sound before it and the syllable is stressed, e.g.
prefer ― preferring.

However, we double the final [l] only if the final nucleus is stressed, e.g.
control ― controlling.

Unstressed, the final [l] tends to be an approximant, in standard American English. The tongue only nears the roof of the mouth; it does not make contact. We do not double the sound then, e.g.

There are a few irregular participle forms:
■ in the verb to frolic, the final –c, sounds {k}, and we add written –k to keep the sound before ING, i.e. frolickING;
■ the verb to singe, we keep the final –e for the sound {dƷ}, please compare:
to singe ― singeING, [sIndƷIŋ];
to sing ― singING [sIŋgIŋ].

Many dictionaries and resources use phonetic scripts, that is, symbols like these in brackets here. Without going into excess detail, we can learn to interpret such scripts, playing the game of the Sound. Part 4 of our language journey has the game.

Verbs can form gerunds. Gerunds behave like nouns. Their form is identical with that of the dynamic participle,
to write: writing, written ― writing.

He is writing. He has dreamed to be like today, to be writing in his own writer’s room. He has always thought it must have been his dictionary research to have worked for his written style. His writing has improved. He never wanted to be like his friend: to have been writing intuitively and to find out the result had a dictionary error.

Verbs can be transitive and intransitive. When a verb is transitive, it has an object. An object is a word or words to tell to whom or to what the verbal refers.
He has worked on it (transitive).
It works (intransitive).

In the Simple Aspect, our variable {ON}, we have the feature (e)s for the 3rd person singular, that is the pronouns he, she, and it. The feature is usually a plain -s, unless the verb ends in -o. For example, she reads, she does.

Modal verbs do not have all the three forms. They are auxiliaries: on their own, they do not tell the activity and require another verb. If we say I will or I can alone, there has to be another verb in the context to tell what this is we say we will or can do.

Naturally, saying “I want” alone, would be as lacking as saying “I can” alone. However, the verb to want does not always require another verb.
We could say,
“I want some peace and quiet for my language work”.
The “peace and quiet” make a nominal phrase, and the verb to want is sufficient for the verbal structure. Parts 3 and 4 expand on speech parts and phrases.

The world may never have seen her original handwriting, if her skill was taken for supernatural. Poems by Emily Dickinson, with notes on her Greek and Latin inspiration, the correlative with Webster 1828, and the Aristotelian motif: “Things perpetual — these are not in time, but in eternity”.
Electronic format $2.99
■→E-Pub | NOOK Book | Kindle 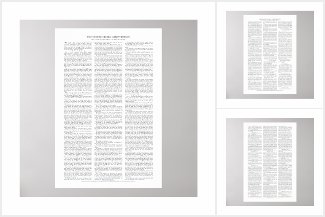 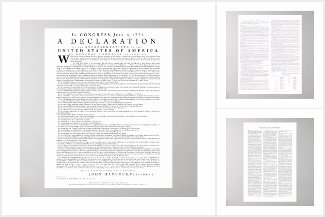